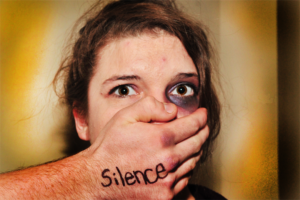 North Carolina’s domestic violence laws, recorded in North Carolina General (NCGS) § 50B, should be helpful in understanding what constitutes this type of abuse.

In addition to these descriptions of domestic violence, some examples may also be useful. Behaviors that may indicate the presence of abuse include:

Even when you know that you are in a domestic violence situation and are engaged in a personal relationship that’s protected by law, your options may not be as clear. Fortunately, you do have legal options. Union County domestic violence lawyer Kirk Lundell will handle all aspects of your case, ensuring your safety and helping you take control over your life.

To obtain a protective court order against your abuser, you must file a complaint at your county courthouse (or if the courthouse is closed, with your local county magistrate) alleging the specific facts of domestic violence and your relationship to the abuser. The complaint forms are available from the Clerk of Superior Court at all county courthouses in North Carolina (or from the magistrate’s office after regular courthouse hours). By law, no court costs will be assessed for the filing of a complaint for domestic violence seeking a protective order.

Based upon your complaint, the court may issue an ex parte protective order. Ex parte is a legal term meaning that the court entered the order based on a hearing in which one of the parties was not present. The court can order that you be given possession of your home, personal property, household possessions, vehicles, and animals kept as pets. The court may also order that your abuser stay away from your residence, place of employment or your children’s schools.

By law, the court must conduct a second hearing (a “return hearing”) within 10 days after issuing an ex parte protective order. At that hearing you will again testify to the specific facts of domestic violence. Your abuser will also have the opportunity to testify in his or her own defense. Witnesses may be called to testify as well. If the presiding judge is convinced that acts of domestic violence took place after hearing testimony from the parties and any other witnesses, the court will issue a permanent protective order which is effective for one year.

Protective orders terminate after one year. Prior to its termination, a victim may apply to the court for the renewal of his or her protective order for up to an additional two-year term (which can later then again be renewed for “good cause” prior to the expiration of the renewed order).

Upon obtaining a protective order, you should send a copy of the order to your abuser if you believe that he or she has not already been served with it by law enforcement (note that the Sheriff’s Department in your county will attempt to serve the order on your abuser as soon as possible). You should also keep a copy of the protective order ready at hand if there is any future need to call the police for protection against your abuser.

Abused By Someone Close To You? We Can Help Protect Your RightsA victim of domestic violence may acquire a temporary protective order on an ex parte basis (an Order issued by the Court without notifying the alleged abuser). Once a temporary order is issued, the party who is restrained by the temporary order may attend a hearing within 10 days to contest the issuance of a final domestic violence protective order, which may stay in effect for up to one year.

The domestic violence protective order (sometimes referred to as a restraining order) can provide tremendous relief if you are a victim of domestic abuse. The order may prohibit your abuser from making any contact with you, in person, by phone or by other means. You may also be awarded temporary use and possession of the marital residence and temporary child custody.

If the actions of the other parent are endangering your child’s health, steps should be taken right away to start the process of obtaining an order of protection. It is crucial to speak with a lawyer who has experience in this specific area of child custody law and the tenacity to protect your child’s rights in an urgent fashion.

Arrested On A Domestic Assault Charge?

When a domestic violence order is entered, it means that a Court has made a finding that domestic violence has occurred. Such a finding has a direct impact on a Court’s determination of issues in a divorce, including child custody and possibly alimony as well. If a temporary order has been issued, contact a family law attorney immediately to protect your rights.

Our Union County domestic violence attorney serves clients in Union and many surrounding counties, including Anson, Cabarrus, Mecklenburg, Richmond, and Stanly. To schedule a consultation at our firm, call 704-288-4096. You may also reach us by sending this email form.

Seven Guidelines for Parents Who Are Divorce/Separated and Sharing Custody of Children During the COVID19 Pandemic From the leaders of groups that deal with families in crisis: 1. BE HEALTHY. Comply with all CDC and local and state guidelines and model good behavior for your children with intensive hand washing, wiping down surfaces and other…